There were Scouts in Leeds right from the start in 1908, but it was twenty five years, following the success of its Guide Company, before Headingley Methodist Church decided to start a Boy Scout Troop. The Troop was registered as 30th North West Leeds (Headingley Methodist) in June 1933, the first Scout Master being Guy Packer who was assisted by Louis Savage. A Wolf Cub Pack for younger boys soon followed and the first Cub Master was Miss Winnie Moore. The first camp of the Troop was a week long camp held at the County Camping Ground at Bramhope in 1934. 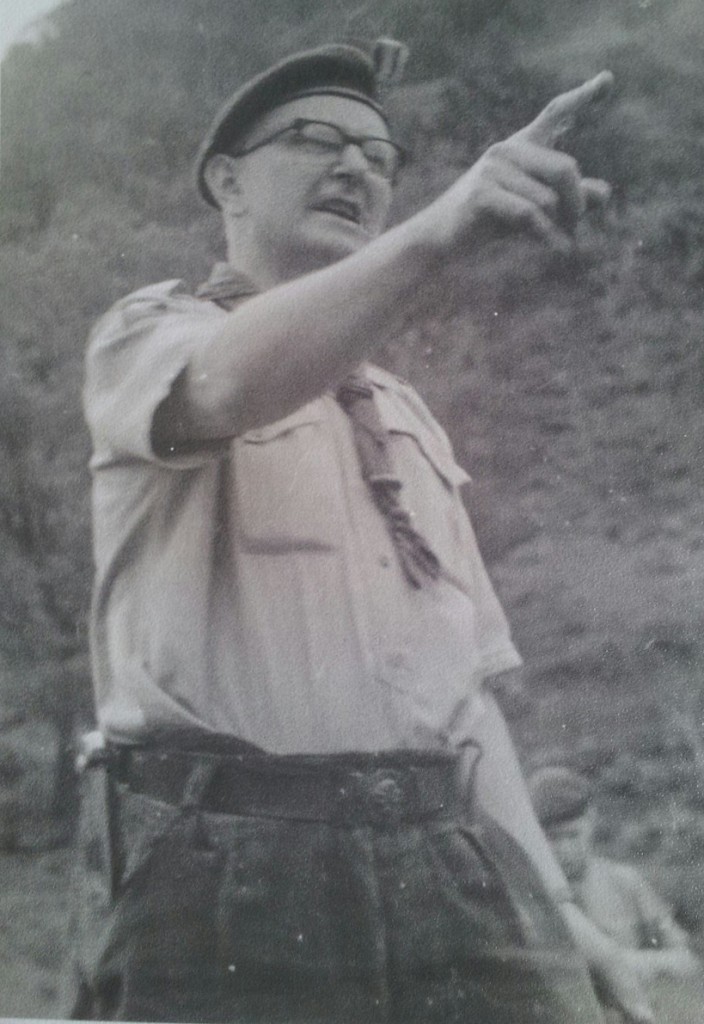 In June 1934 the Scout Group was formed with Guy Packer becoming Group Scout Master and Louis Savage taking over as Scout Master. Louis took on the traditional Scout Master name of “Skipper” (“Skip”) by which name he was known by generations of Scouts in his over 40 year involvement in the Group, during which time he receive many awards including Scouting’s highest honour – the Silver Wolf – in recognition of his example and dedication.

In February 1936 the Group ran a concert entitled, ‘30th N.W. Calling’, which was the first of many such Scout Shows over the years. Also in 1936 a Senior Patrol was formed and decided to call itself Beaver Patrol; they obtained the use of one of the upstairs rooms in the Church and renamed it the Beaver Lodge, the name still used to this day for this room.

The Second World War saw older members called up, and several gave their lives to the cause; their names can be found on the War Memorial plaque in Church. During the war the Cubs and Scouts continued to meet and made their own contributions to the war effort. Until the war the Boy Scout age range had been 11 to 18 but after the war it was decided to make better provision for the older boys. Following a trial period as Black Hawk Patrol the Senior Scout Troop (for 15 to 18 year olds) was formed in 1946. The Senior Troop was also initially led by Louis. One of its founder members was Kenneth Hindes who became the Group’s first ever King’s Scout; in 1956 Michael Tate became the Group’s first Queen’s Scout (as opposed to King’s Scout).

At the Danish National Scout Camp at Grenaa in 1951 Louis Savage established a link with a Copenhagen Scout Troop, the 3rd Frederiksberg (Falkoner Spejderne) . This led to joint camps at Abbotsford in the Scottish Borders in 1954 and Kalo in Denmark in 1955. Several more joint camps were held over the years alternating between Britain and Denmark. Unfortunately the Danish Troop closed shortly after our last joint camp held near Coniston in 1983. However our Scout Group had adopted the Falkoner name in 1967 to honour our link with the Danes so the Falkoner name continues though our Group

The Group’s 21st Anniversary in 1954 was cause for a reunion of former Scouts, the first of many that have been held for significant Group anniversaries over the years. Louis Savage became the Group Scout Master with former Scout, Walter Wright, becoming Scout Master. Walter also married the Cub Master, Margaret Hartley (now Margaret Elliot). Subsequently Jim (Michael) White took over as Scout Master and was in turn succeeded by Trevor “Tiger” Smith, while Michael’s sister Anne White with Christine Little took over running the Cubs from Margaret. David Asquith became Senior Scout Leader followed by Raymond Popley, who subsequently married Christine Little!

Major changes came in 1966 in the wake of the Chief Scout’s Advanced Part Report. Big hats, khaki shorts and short sleeved shirts went, Wolf Cubs became Cub Scouts, Boy Scouts dropped the Boy and Scout Masters became Scout Leaders. More profoundly the Senior Scout Troop  was absorbed into a new District-sponsored Venture Scout Unit, although meetings were still held at Headingley and with a Danish name – Skagerrak V.S.U. This situation was fairly short lived since our Group’s numbers soon justified its own Unit so Skagerrak moved away to meet at St Chad’s and the Falkoner V.S.U. was founded under the leadership of David Gibson. David was succeeded by John Haiste; when John moved abroad fortuitously Gordon Andrews had recently moved back to Leeds (having previously been a student at the University) and was quickly persuaded to take over as Venture Scout Leader, a position he held until Venture Scouts were replaced by Explorers at the end of 2001. Both John and Gordon were assisted by Steve Rhodes.

In 1970, on Louis’ retirement as Group Scout Leader (he was made Group President) he was replaced by Trevor Smith. Malcolm Hindes took over as Scout Leader, a post which he held for 40 years before becoming Group Scout Leader himself. Trevor was succeed as GSL by David Gibson and then Don Hallatt. After a period of having no GSL, following Don’s retirement as GSL, Malcolm Hindes took up the role on an acting basis and over 10 years later took up the role full time after handing over responsibility for running the Scout Troop.

The Falkoners formed the first Beaver Colony in the District in 1983 under the Leadership of Linda Rhodes and Christine Andrews, the wives of the Venture Unit’s Leaders. In 1986 the Colony formally became part of the Group and Beavers became Beaver Scouts with an age range of 6-8 years and a simplified version of the Scout Promise. In 1991 Christine took over from Linda as Beaver Leader and has been running the Colony ever since.

In 2003 the Group accepted its first girls (outside of the Venture Unit) and we now have girls in all four Sections. In 2007 Scouting celebrated a Century of Scouting with our Group taking part in a large County St. George’s Day Parade from Woodhouse Moor to Millennium Square and a huge County Camp along with 3 000 Scouts from around Leeds and Wakefield at Bramham Park.

In 2008 the Group celebrated its 75th Anniversary with a Group Camp at Wike Scout Campsite and a Reunion of former members at Castle Grove, which was very well attended. 2008 also saw the Troop’s first overseas camp for over two decades with a joint camp with the Explorer Unit held at De Kluis camp site near Leuven in Belgium.

2013 saw the Group celebrate its 80th Anniversary with many former members joining us for an 80th anniversary reunion.